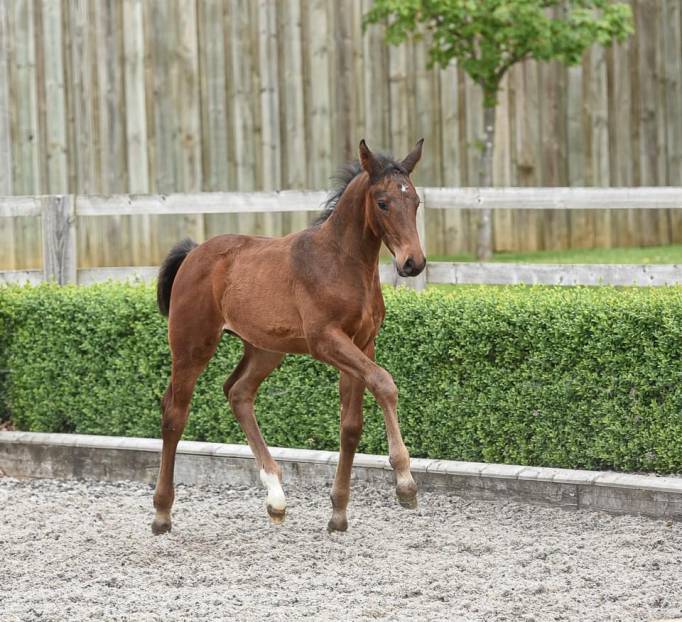 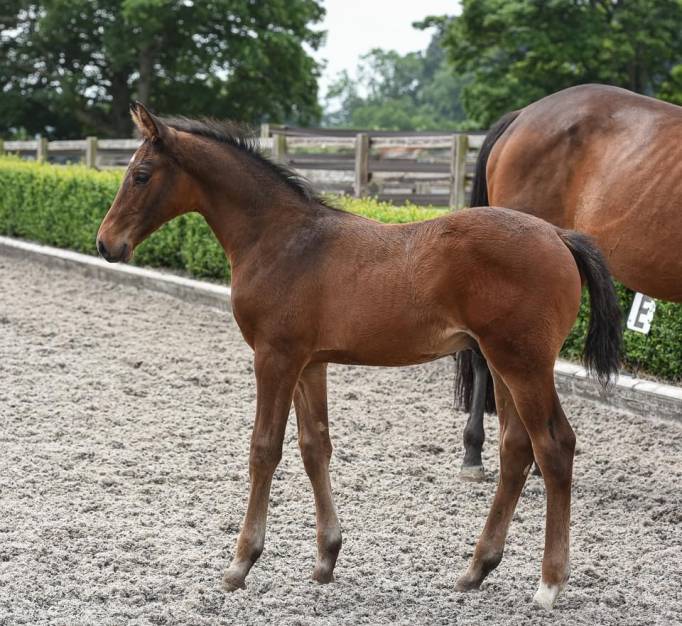 Valverde x Heliana V.O.D the half sister to Kjento, who was herself Champion of the KWPN National Mare show 2015 and already Dam to licensed stallion Lance V.O.D.

There are many Grand Prix horses in the close family and Kjento is considered one of the most up & coming talents in the Netherlands, scoring 90 in his performance test including 9.5 for canter and 10 for trot.

Verde has great power and an easy character, we expect him to inherit a lot of his families success in the big arena for the future.