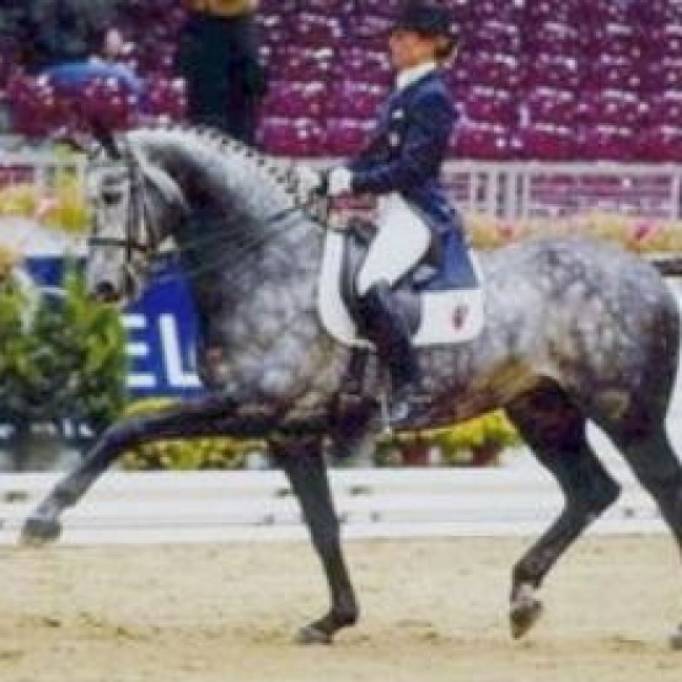 Royal Diamond was an I-f premium stallion of the Oldenburg approvals and was champion of the stallion performance test in Neustadt/Dosse in 1997. In 1998 he won a number of dressage horse competitions up to elementary level with scores including 9.0. In 1999, the grey stallion became runner-up of the federal five-year old dressage championship. In 2000, he left his fellow contestants behind to win gold at the federal championship of six-year old dressage horses.